Chic's Inaugural Release - "You're No Good" 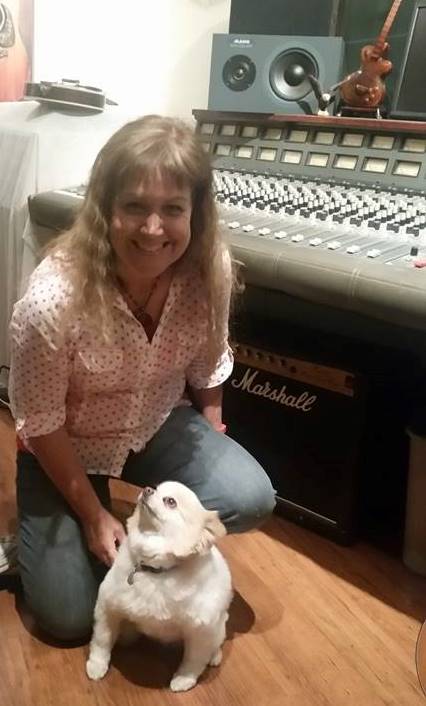 After you hear our first release, we hope you won't be saying "Chic, You're No Good!"

We hope you'll be saying, "Chic, 'You're No Good' Totally Rocks!" We think it does, and we hope you'll agree!

CHIC1001 in the male vocal range adds a little grunge rock to the flavor of the song in a nod to the Van Halen cover of the tune.  Scott Bennett gives a killer vocal performance!

CHIC2001 in the female vocal range has a more bluesy feel in the style of Linda Ronstadt's mega hit.

Introductory price is $7.50 and includes the music with and without melody/background vocals, and the vocal cut.

The two keys are being sold separately since they were produced separately.

Join us in Big Bear for our fourth Chic Weekend Getaway!  We have a NEW venue and NEW dates this year.  September 30 - October 1 at the Golden Bear Cottages! 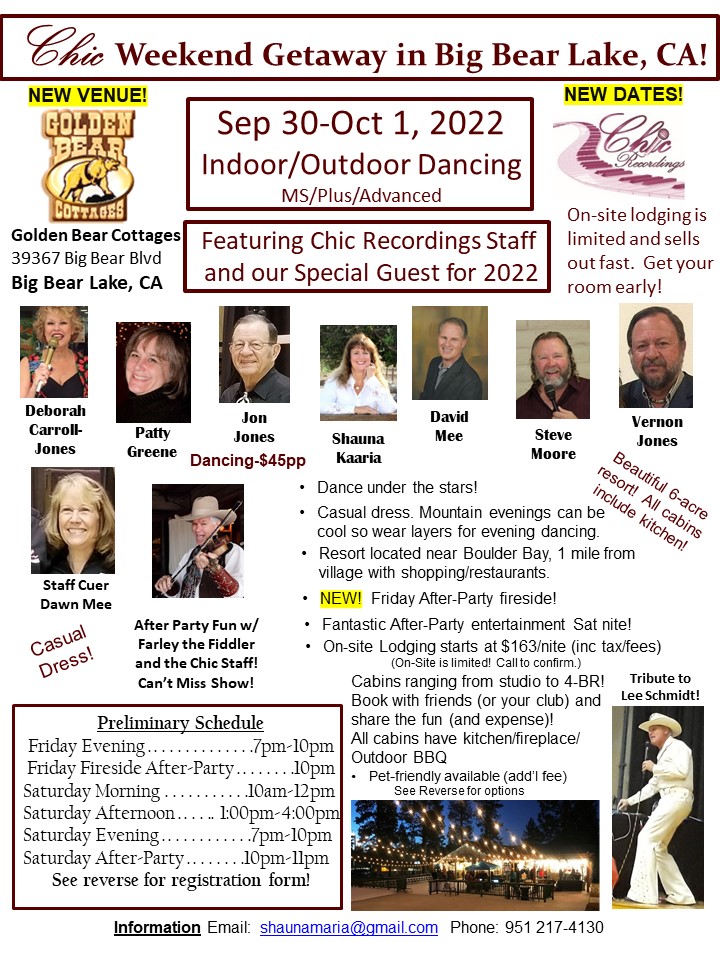 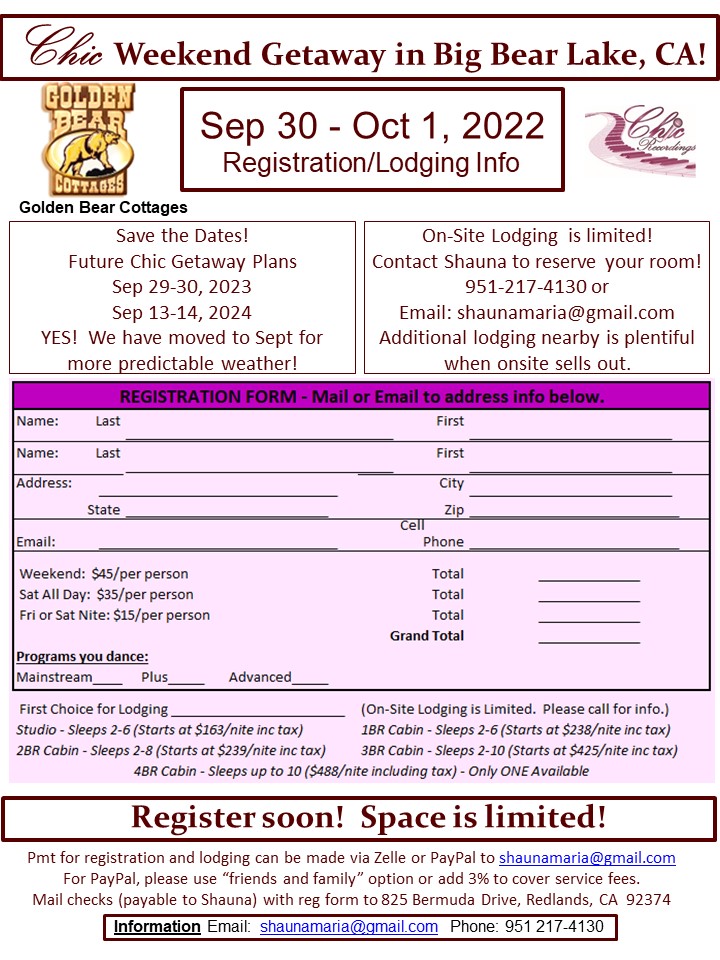