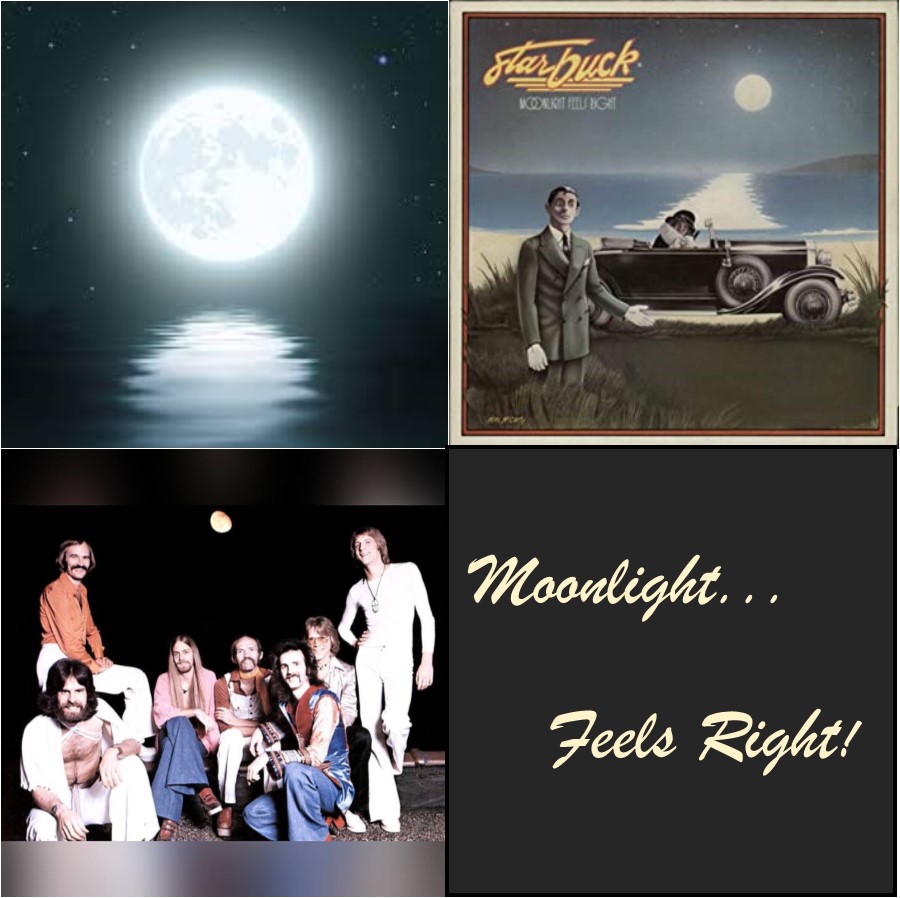 “Moonlight Feels Right” was the debut single (and biggest hit) for the American band, Starbuck. Originally released in December of 1975, the song didn’t receive airplay until early April of 1976. Casey Kasem reported that “over the winter the band had hand-delivered the record to 400 radio stations, 95 percent of which had told them they would play it, but did not. One of those stations told them that it sounded like a spring song to them, so they would play it, but would wait until spring to do so. Discouraged, the group went back into the recording studio. However, that radio station kept their promise and became the first to do so. Many others followed as “Moonlight Feels Right” became a hit immediately following its first airing. It hit the charts in mid-April and stayed there for over five months.”

Starbuck’s release featured a prominent marimba solo, and we would have been remiss had we not done the same with ours, so be sure to check out the middle break.

Scott Smith delivers another great vocal for the male vocal range track. (That makes two in a row!) Scott will be retiring soon, so we’re taking advantage of him while we can! Just a few background vocals provided by Shauna Kaaria and Jimmy Mac.

Last April, Chic Recordings donated a recording opportunity to be auctioned off at a fund-raising event for CALLERLAB. Bidding was fast and furious, with Susan Morris placing the high bid and winning the prize! Susan worked very hard to prepare for the recording session and then made the trip to CA this past weekend to experience the entire recording/production process. She did a wonderful job and earned her Chic shirt and her spot as my newest “second-favorite caller!”

Both are being sold separately since they were produced separately, but we do have a dual-key option at a discounted rate for those who prefer to have both keys.