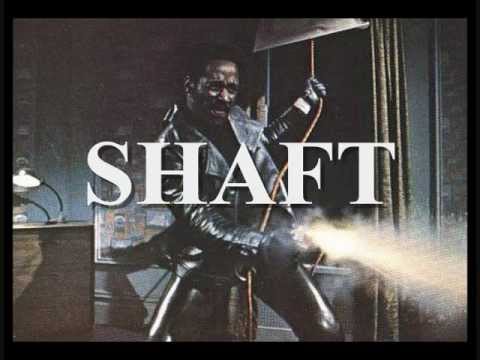 The “Theme from Shaft” was written and recorded by Isaac Hayes in 1971 as the theme music for the new MGM film. It was never intended to be released as a single, but it became so popular that a shortened and edited version was created and released two months after the movie soundtrack. It charted in multiple genres (Soul Singles/Easy Listening/etc) as well as capturing the number one spot on the Billboard Hot 100 in November of 1971.

Remember when I left Vic and Jimmy unsupervised in the studio and they made a beautiful patter out of “Spanish Eyes?” Vic came home to tell me he’d heard another song that would make a great patter. “Theme from Shaft!” I wasn't familiar with the track, so I gave it a quick listen and completely agreed! It had a seriously cool groove.

So, the next time Vic was in the studio to do some work with Jimmy for New Beat…I jokingly said, “If you have time, knock out a patter for Shaft.” Once again, I woke up the next morning to a completed track in the DropBox. “Shaft” is as cool as “Spanish Eyes” is beautiful. I did a little google search and here’s the most interesting thing I discovered about Isaac Hayes’ “Shaft.” It is considered by some to be one of the first disco songs!!! Disco in 1971. Who knew?

CHIC4059(4000 series identifies patters and hoedowns) is a different kind of patter with a laid-back, seriously cool groove.