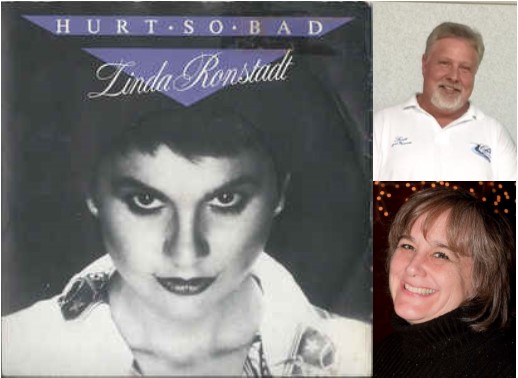 Our January 2019 singing call marks release number 50 for Chic Recordings! For this milestone release, we give a little nod to our inaugural release of “You’re No Good,” with “Hurts So Bad,” another power (you done me wrong) ballad by Linda Ronstadt.

“Hurts So Bad” was written by Teddy Randazoo, Bobby Weinstein, and Bobby Hart, and was first popularized in 1965 by Little Anthony & The Imperials. It hit the top ten in 1965, but the cover by Linda Ronstadt in 1980 was most successful version of the song, peaking at #8 on the Billboard Hot 100 in the spring of 1980. Linda's version served as the inspiration for our release.

Linda’s cover of the song featured a scorching guitar solo as part of the bridge, and we’ve done the same in the middle break of our release. Jimmy Mac did an amazing job capturing the sound of the solo originally played by Danny Kortchmar. It’s a testament to Jimmy’s musical abilities that he is able to capture it all in two separate keys!

Scott Bennett nailed the vocal for Chic’s inaugural release of “You’re No Good,” and then delivered two equally great vocals for our other two Ronstadt releases (“Just One Look” and “That’ll Be the Day”). There was no question that we would go back to Scott for the male vocal for “Hurts So Bad.” As expected, Scott nailed it again! Scott appears courtesy of Crest/Acme/Peak Recordings, and we sure appreciate his ongoing support of Chic.

While I had initially planned to record this vocal myself, I took a step back and realized that it would be a waste of the talent I have on the Chic staff if I didn’t give this power ballad to Patty Greene. Patty has the attitude, range, and power to nail this song, and nail it she did! Patty also made the time to get the vocal recorded with a very short lead time, allowing us to have the release ready on time. We’re very lucky to have her as part of the Chic team!

CHIC 1050 in the male vocal range features the awesome vocal by Scott Bennett.