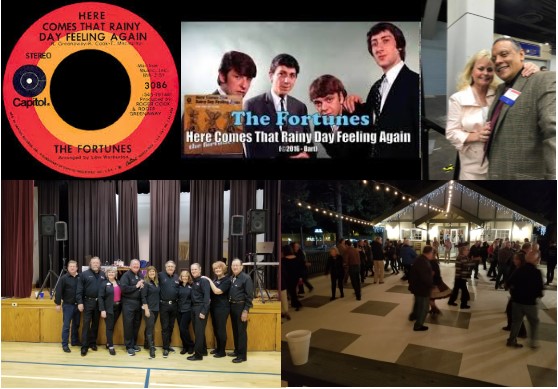 “Here Comes That Rainy Day Feeling Again” (The Fortunes) was originally released in May of 1971 and quickly climbed the charts. It’s a catchy song with a very simple melody. The “rainy day feeling” is compared to the sadness (and tears) that come with losing the one you love. The lyric is also hopeful that the loved one will return and the “rainy day will go away.”

The song has been sitting on Chic’s “possibles” list for a while, until two things pulled it off that list and on to the fast track for production. First, I received a message from Kim Oxendine telling me she had a “great idea” for a Chic recording. She was so excited about the idea and felt it was a great cut for Chic to tackle. It took very little coaxing from Kim for me to pull the production trigger. We had barely finished our conversation before I logged into the Clearing House and reserved the song for Chic Recordings.

The timing of Kim’s message coincided with the completion of Chic Recordings’ first Weekend Getaway. The weekend was held in Big Bear Lake, and scheduled for a time of year where there is typically no fear of rainy weather. Two weeks before the weekend, I checked the weather forecast, and all was clear. Ten days before, I checked again and cringed. Rain was in the forecast and scheduled to hit the Saturday of our dancing weekend. With much of the dancing scheduled for outdoors, my “rainy day feeling” was hitting in full force.

Very long story short, the weekend arrived and we had a beautiful night dancing under the stars on Friday night. Shortly after midnight, the rain came in, along with thunder and lightning. We refused to allow it to rain on our parade, moved the dancing inside for the day, and found refuge for the Saturday evening dancing at a local church with a large dance hall.

The event will go down in history as the first time all seven of the Chic Staff Callers were able to call together, and it was a huge success in spite of the rain. 12+ squares of dancers joined us for the event and we are already looking forward to next year…with NO rain! Come and join us!!!

CHIC 2049 in the female vocal range features my vocal, with backgrounds for both provided by Jimmy Mac and myself.