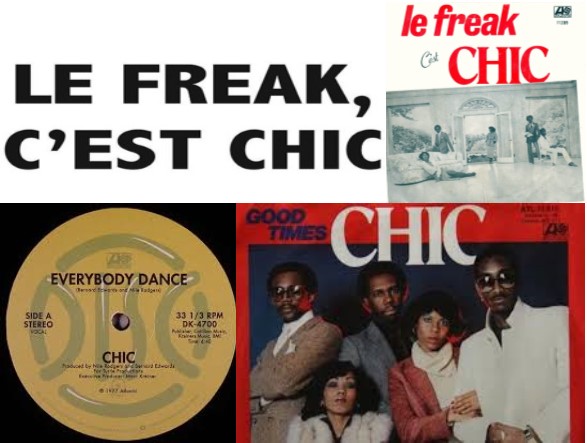 We've been releasing singing calls every month this year (two in some months), so a new patter from Chic was due! We went one better than a new patter FROM Chic...this new patter IS Chic! "Le Chic!" is a medley of three hits from the band, Chic (popular in the late 70's). Even if you don't recognize the name of the band, you're gonna recognize these songs.

This Chic mash-up starts with the smash hit, "Le Freak," before moving on to the cool groove of "Everybody Dance," and then finishing with "Good Times." Jimmy Mac pulled out his monster bass guitar and went to town playing the funky bass grooves of the era. We added just a hint of the background vocal "catch phrases" of each song, and created a second track with no BGV at all, for those who prefer it that way. There is no question that this music will make everybody dance!

CHIC4037(4000 series identifies patters and hoedowns) is an awesome piece of patter music that starts the feet moving from the first beat. One caller actually "complained" that it was a medley. "Each part is so good, I want three separate patters!" No apologies...we love it just as it is. "Le Chic!"